[Adapted from the Introduction to Jack Bludis collection MUNCHIES & OTHER TALES OF GUYS, GALS AND GUNS, which features his Anthony and Shamus Award Finalist title story. ]

It would be nice to see PI novels and stories appear on a more frequent basis. The best of these writers, in my opinion, are out there and virtually unknown. Some have been discovered by the critics already, but readers usually don't catch on until some magic moment, which unfortunately may never come for even the best

Some of us have a true sense of those periods that preceded our own even though we began our writing during the time period that TV's Mad Men tries and often succeeds in capturing.

We started at a time when the term "pulp fiction" had not disappeared from the language under the onslaught of the movie of the same name. That term was originally applied to magazines of the 1920s through the 1950s and maybe to the short hardboiled and noir paperback at the end of that period. The pulp fiction of the 20s was preceded by the "Penny Dreadful" fiction of the 19th Century. In both eras the magazines were published as frequently as weekly with cover prices from a penny to a nickel and then to a quarter by the end of the pulp fiction era. The name comes from the publisher's use of cheap pulp paper stock that differentiated them from their "finer" sisters and brothers of slick paper fiction like Esquire, Colliers, and the Saturday Evening Post.

Today there's hardly anything that's printed on the jagged edge brown pulp paper. Newspapers come close but not close enough for most of us to call it pulp paper. 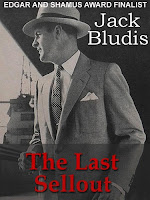 Some of the great mystery writers who published in these magazines were Erle Stanley Gardner, Dashiell Hammett, and Raymond Chandler. I'll leave it to others to name the British pulp authors, but if we count the penny dreadfuls, who can discount Arthur Conan Doyle? There were some pretty good science fiction, Western, and romance writers doing pulp fiction as well.

Robert A. Heinlein, Ray Bradbury and Kurt Vonnegut were among the science fiction writers who published their early work in the pulps. The pulps generally paid a 1/4 of a cent to a whole penny a word except for front of the rag writers who sometimes earned as much as three cents a word. The best of the last moved on to bigger and more lucrative markets like the slicks. Some of the others moved on to paperback novels, which briefly replaced them as fodder for quick reads. Others moved on to hardback fiction of greater lengths.

The style of writing for these stories was usually terse, conversational, and for the most part, hard and tough. Some of the writers are now classics of the mystery and science fiction genres.

When there was sex it was implied or masked. Expletives were replaced with straight lines, or verbal tricks which sometimes taxed the readers for the appropriate words. Often whole sentences masked a curse, like Sam Spade in Hammett's Maltese Falcon: He told me to do something to myself that was physically impossible. (That may be a paraphrase, but you get the idea.) The front covers of these magazines gave you the idea as well: women in danger and men trying to come to their aid, even when in the context of the story the woman was often his femme fatale, trying not only to put him in a coffin but to nail it shut.

The magazines were devoured by readers of the day because there was no television for dramatic home entertainment. I have seen these pulp magazines at shows and in private collections, and in the modest cache including twenty-five cent paperbacks that I inherited from my father. I read and kept them for a while, but like so many things inherited, I got rid of them before I knew their value to serious collectors. It was from these stories and novels and the cheap paperbacks that many of us dug into private eye fiction as readers and later as writers.

My own writing style is far closer to the pulps than to slick paper magazines, but I think it's pretty decent. My former wife once called me a "Magnificent Hack." It was left-handed, but a compliment nonetheless. I hope that even my hack work is well written.

The real-life PIs of today are unrealistic as heroes. They will likely to do 90% of the work at their computers. They may follow cheating spouses. It usually doesn't get them into big trouble, although it may lead to a scuffle now and then. There are few killers among them, and those that are truly bad don't warn the PIs as they warned Sam Spade and Phillip Marlow, they just kill the PI and anyone else who happens to be in their way.

The fictional PI is like the Western gunfighter. The good guy gets hired, but he is soon motivated by something more than the money.

The few of us who are still doing the historical PI have our own reasons. For me it is a sense of adventure, the idea of creating a character and living vicariously through the 1940s and early 1950s. By the 1970s, which I also write about, I was old enough to go into bars, I was even a "doorman" at a Baltimore bar for about a year. Much of what I know of that time is from memory, but I make damn sure I look up the details.


[Below is the Contents page from MUNCHIES]

Out Now: The Fantomas Centennial Omnibus Edition By Pierre Souvestre And Marcel Allain

The legendary master of murder and horror is back in this new edition of The Fantomas Centennial Omnibus Edition by Pierre Souvestre And Marcel Allain! With a special Introdction by author and new Deerstalker Senior Editor, Wade Heaton, on the Fantomas phenomenon. 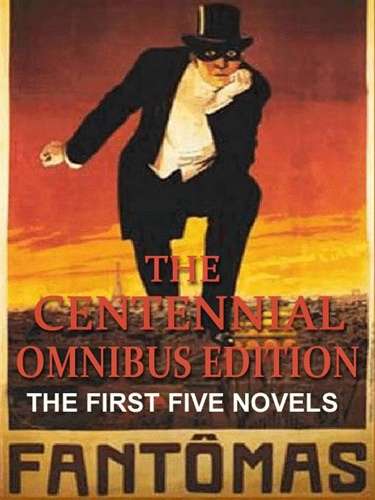 A century ago, a new villain was born. The Founder of the Criminal Feast of 20th Century Supervillains is one hundred years old now, still surprisingly fresh and spine-tingling with its gory Grand Guignol blood spattering and grisly tortures of flesh and spirit. And even now he is being reconceived and reborn as a film by Christophe Ganz, director of Brotherhood of the Wolf. Fantomas returns yet again to haunt our nightmares. In 1911, French readers discovered their Horror-Shock, Grisly Pulp Fiction, Arch-Criminal: Hannibal Lector, Freddy Krueger, and Jason Voorhies rolled into one. Europe’s original pulp fiction, the “Lord of Terror” Fantomas, is the anti-hero of France’s best detective thrillers. Written by Pierre Souvestre and Marcel Allain, it is one of the most influential and enduring works of popular culture published in the 20th Century. From Fu Manchu, Doctor Mabuse, Lex Luthor, to Ernst Stavro Blofeld, to Dr. Evil, the chameleon face of criminality, ever changing, ever renewing is shaped by the character Fantomas, Emperor of Crime. He relishes the lurid details of criminality, crimes, and savage mayhem, clothed in royal robes, or the rags of a street musician, or the simple habit of a homicidal nun. His last chapter escapes surpass even those of the legendary Harry Houdini, then in his prime and height of world-wide fame.

The initial five books in the series are collected in this Fantomas Centennial Omnibus Edition: FANTOMAS: The Adventures of Detective Juve in pursuit of a master in crime. FANTOMAS VS. JUVE: In this continuation Fantomas appears as the leader of a gang of Apaches, and as a physician of standing. Juve tracks the criminal to his secret hiding-place, but Fantomas escapes. THE VENGENCE OF FANTOMAS: Filled with hair-raising incidents this tale is a fascinating recital of remarkable happenings in the life of the master-criminal of Paris. FANTOMAS AND THE NEST OF SPIES: In this volume Fantomas is an ambassador for a foreign power engaged in Paris in obtaining important military secrets for Germany. Detective Juve unmasks him, but the criminal again escapes. FANTOMAS AND THE ROYAL PRISONER: This volume tells of the daring exploits of Fantomas in his attempts to get possession of the King of Hesse-Weimar's famous diamond.