Out Now: Sunstroke: A Novel Of Suspense By Irv Eachus 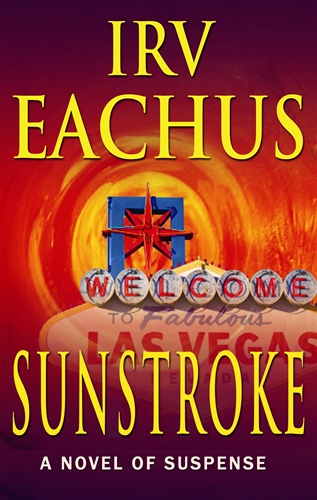 "Eachus stays well away from the dreary predictability that is the downfall of less successful works. The action never flags." Washington Post Ten years ago Frank Boyle was a Treasury agent with a promising career, a good wife, and a bad habit that eventually lost him everything. Now he's a partner in a successful little high-tech firm called Industrial Security of Los Angeles, with no personal life to speak of, a client about to be the death of him and a new bad habit named Sarah. Sunstroke opens with three seemingly unrelated dramas: a shooting in which Frank is not considered the target, the untimely return of Sarah, and a suspicious fire in Professor Gorelick's laboratory that kills a faithful assistant and destroys four years of Nobel-caliber work. By the story's showdown, the list of crimes has run to fraud, arson, murder and attempted murder in various flavors; and the list of suspects has grown to include some of the nastiest players in the high-tech corporate world. Sunstroke is a tale of two cities. 1990's West LA, even in the grip of its worst-ever heat wave, is a cool place. The Las Vegas Strip is always hot. What both cities have in common is sunlight. And Professor Gorelick's research was based on the search of a new, cheap way to turn sunlight into energy. Sunstroke is played out on both landscapes, and both are as gritty and glitzy and dangerous and fun on the story's pages as they are in real life. What the critics say about Irv Eachus' thrillers: "Lots of action, a little sex and topical issues." Library Journal "...exciting, well-written and unforgettable ... should keep readers turning pages well past bedtime" Orlando Sentinel Star Irv Eachus lives in San Francisco. He is the author of the highly acclaimed thriller, The Raid, and is currently working on the next Frank Boyle techno-thriller, Blackout. "Keeps the reader asking the ultimate question, "Then what happened?" Booklist. Don't Miss Irv Eachus' novel of nuclear terrorism, The Raid.

Out Now: The Last Sell Out By Jack Bludis

There is simply no one better at writing hard-core detective stories than our Shamus Award Nominee Jack Bludis, and he proves that with his brand new book: The Last Sell Out. 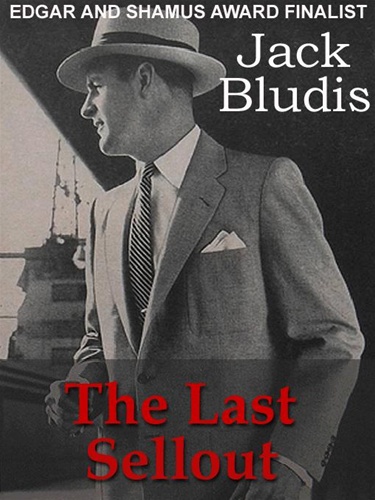 In this compelling mystery, a young studio secretary is missing along with a number of valuable scripts that might be adapted for television. Their author is murdered, and within a few days, he is nominated for an Oscar. At the same time, a New York TV genius is playing studio against studio for production space and artistic control. Hired to investigate the writer's murder, a cynical private eye finds himself involved with a violent motorcycle gang, low-lifes, and studio bigwigs. Then an apparent innocent is murdered, another remains missing, and the detective becomes an avenging angel. His actions endanger not only his own life, but the life of  the woman he loves. It's the early 1950s, and former movie audiences were staying home to watch I Love Lucy on TV. Television's big success meant declining attendance and revenues at the movies. Studio executives were taking every means to compete, including subterfuge, double-dealing, theft, and the sin-of-sins, merging with New York, TV production companies. This mystery as Roman à clef features invented lead characters intermingled with real studios, executives, and actors. Long-time movie fans will recognize the real-life counterparts behind their fictional disguises. From the Edgar and Shamus finalist mystery writer, Jack Bludis.