No one was more surprised than Archie Goodwin when he learned Nero Wolfe had a long-lost daughter in the classic "Over My Dead Body." The fact that Wolfe's daughter, to get him to help her friend, told him the friend was his daughter, added to the mystery. Below is artist Carl Mueller's conception of the Wolfe and daughter. 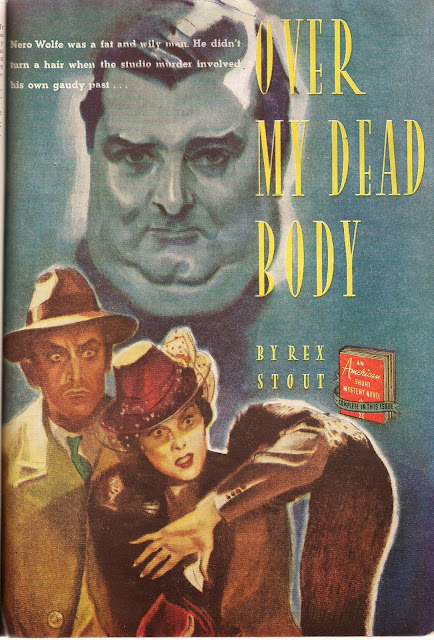 Ssee all eight full sized illustrations from this story at our Facebook Album. 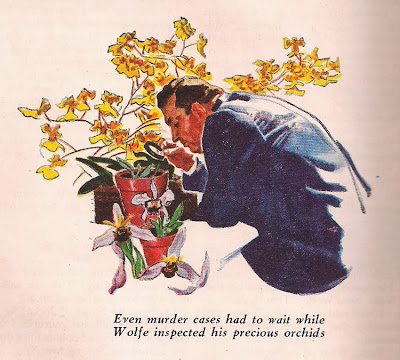 If You Love Wolfe, You May Want to Read...

Amy  Brewster, the Female Nero Wolfe!
"Amy Brewster is a cigar-smoking, 300-pound lawyer-financier introduced by Sam Merwin Jr. in 1945. Upper-class but unfeminine, she is enlisted by friends to solve crimes. She appears in Knife in My Back

(1945), Message from a Corpse (1945) and A Matter of Policy (1946). Both Bertha Cool and Amy Brewster are defined against the genre's stereotypes, particularly the femme fatale: they are not attractive, not home-bound, and not submissive, either conversationally or professionally."
-Frances A. DellaCava and Madeline H. Engel, Female Detective in American Novels, A Bibliography and Analysis of Serialized Female Sleuths (1993). 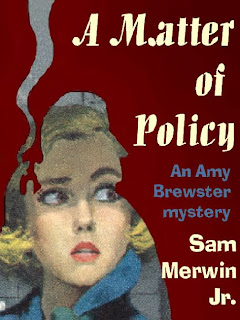