Deerstalker Editions is extremely proud to announce the release of New York Times notable author Jerry Oster.  If you like your mysteries brilliantly hard-boiled then you can't pass up Sweet Justice! 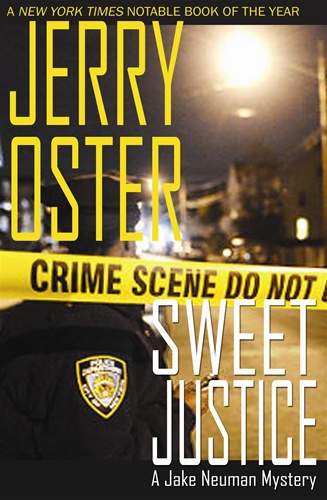 A New York Times "Notable" Mystery Thriller. Here is the book that launched journalist turned crime novelist, Jerry Oster's, meteoric literary career and introduced his most unforgettable character, the sad-sack detective, Jake Neuman. When Neuman and his partner, Bobby Redfield, are assigned the murder of a small-time crook to take media pressure off the mayor, it looks a piece of cake for the precinct's two top homicide men. But soon their path through the underworld leads to the upper crusts of the arts and Big Apple society. As bodies pile up around them and clues lead no where, the pair realize that they are being opposed from inside their department and that the only two people they can trust are themselves. If they are right, the killer may be one of their own colleagues! Read Sweet Justice for yourself and discover why the New York Times calls Jerry Oster's detective novels, "Superb work--realistic--the characters fleshed out with conviction--brilliant." And why Women's Wear Daily hails them as "Urbane, witty updates on the 'hard-boiled' detective novel."

Out Now: STEAMDRAGON - A Novel of Tomorrow's Menace by Stephen Brown

Deerstalker Mystery is proud to announce the publication of a brand new novel by Stephen Brown: STEAMDRAGON - A Novel of Tomorrow's Menace! 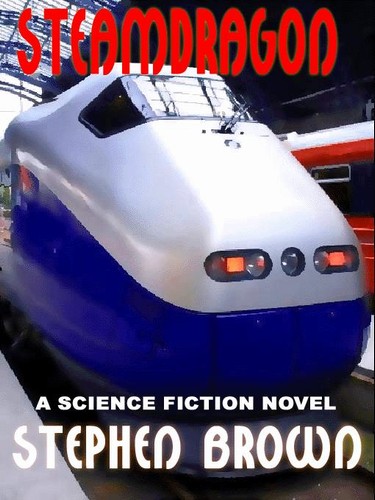 Romance, suspense and hi-tech engineering highlight this new science fiction novel. The Pendragon was the ultimate product of 1950s advances in engineering/ A revolutionary steam locomotive, it mysteriously crashed on its first run, claiming many lives.,  Rachel Ewen stumbles on the story of the Pendragon disaster doing research for a cable television series. Peter Selfridge was an engineer on the Pendragon project, and now, in the winter of 1993, is days away from retirement. Then he receives a call from Rachel, wanting information about the Pendragon disaster, in which Peter was nearly killed. He tries too hard to convince her that there is no story, and his efforts have the opposite effect. Rachel discovers that the locomotive in the accident was the prototype for a fleet of futuristic steam locomotives. The more research she does, the more puzzled she becomes about the purpose of the project. Everyone involved seemed to have been aware that the product would never sell. Another puzzle is the cause of the accident. It takes little effort for Rachel to show that the official conclusion can't be correct. She decides that the true cause of the accident had to be murder or sabotage (would like it to be murder or sabotage), but neither stand up to scrutiny. Rachel becomes convinced Selfridge is hiding something. Then an attempt to recreate the Pendragon and it deadly trial run lead to another death and a shattering series of revelations.